I just downloaded a .zip folder full of drum kit samples. Now, it immediately appears in my Downloads folder, and I can extract it and everything is there and is (apparently) accessible. Clicking the .wav files opens and plays them.. no problem there. All of this also appears in my Music folder with the same conditions. All of that done in Win 10 using File Explorer.

I hope that wasn't too confusing.

So I tried dragging the .zip folder from a File Explorer window to the Reaper media folder and it refuses to accept it. Now I'm really puzzled. So.. I open the unzipped folder and drag the next subfolder, which contains all the files and samples, into the Reaper media folder window and BANG!! it goes right in no problem, and now I can access all the samples from that .zip folder - BUT the original "zipped" folder can't be transferred in the same manner.. go figure.

That's puzzling because I have several other zipped folders in the same Reaper media folder, so why won't this one go in..? It's contents will.. but the container won't.

I don't really need it to go in there now, but I am wondering why this folder is behaving differently.

Did you extract the contents from the zip file or just opened the zip file? If not, then right click on the zip file and select Extract All. Drag the newly created folder the reaper folder.

Yeah, Windows does display ZIP files as a "folder" (sub-directory), but it's not really. You have to right-click and extract the files to use in many apps, though you might be able to drag and drop them one at a time, or drag/drop the files, i.e., "select all" and copy those to Reaper, but the ZIP is not going to appear as a media file type.

I've made that mistake before. Sometimes you forget you're dealing with a Zip folder, not a real folder. You can't drag and drop stuff directly into most programs like Media Player, VLC or Reaper. I think when MS made zip files look like folders, it was a mistake. 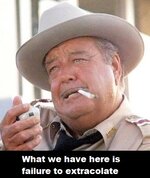 Well, that did it. I opened the .zipped folder to inspect it and neglected to Extract - could have sworn I did Extract (old guy syndrome)... After extraction everything works just fine.

Thanks everyone! And thanks for explaining how Windows doesn't see the .zip folder as a real folder, I guess it thinks it's an old mayonnaise jar or something.

Well a .zip is not a folder. It’s a single file that contains all of the information necessary to reconstruct some other set of files. Before XP, Windows couldn’t do anything with it and you had to install an application to extract them. A similar application is now built into windows explorer, but unless you actually do the extract, it’s still just one file. Reaper didnt bother to (or legally can’t?) duplicate the unzip code.
You must log in or register to reply here.
Share:
Facebook Twitter Reddit Pinterest Tumblr WhatsApp Email Share Link
Top