I have already posted to an old thread in another forum on this site about this and also started a new thread in a different forum, both before I noticed this forum. Well, I know it probably isn't protocol to post essentially the same thing, albeit, edited a bit to be more relevant to the specific forum, in three places, but, I'm going to do it anyway, as my problem, could be my daw, it could be midi settings or it could be the SR-16 itself and the three places (with this post) that I'm asking cover that spectrum. If this is seen as "spamming" then fair enough I'll have to choose just one place (probably the midi forum, probably got a higher geek count there ). So, here it is, slightly modified, again.

Yes, I know, this is three decades on from the launch of the SR-16. But I have an SR-16 and I want to use it as a sound module driven by a sequencer in my DAW (Reaper). In theory I know this is possible as the 1991 Craig Anderton video says you can use it as an "Expander Module" and so does the SR-16 manual, but neither video nor manual tell you, in detail, how to get it working. I have a Behringer UMC404HD interface which has DIN-Midi in and out/thru as well as a USB B interface to the PC, I also have an X-Touch control surface (CS) that also has DIN Midi in and out/thru as well as USB B to the PC and 2 USB A for devices. The SR-16 itself being vintage (though it's a 24 not a 16 bit model) has only DIN Midi in and out/thru as well as audio outputs (up to four, I'm using two). I have become fairly familiar with the SR-16 menu's and have been able to get the DAW click to drive the SR-16 or the SR-16 click to drive the DAW (which some have had trouble with). I have done that connecting the SR-16 via the interface or via the CS. So, although I can get the click to work in either direction either of those ways that isn't what I want. What I want, but can't get, is the SR-16 to respond to the DAW sequencer. I can see the Reaper track VU react apparently based on sequencer input but can't get any sound out, unless I hit the SR-16 pads. I hear those, but, they don't drive Reaper sequencer input and sequencer input doesn't drive them. Connected via the interface or the CS the SR-16 doesn't show up in Reaper's preferences as a midi-device. Maybe it's because I haven't got the settings right in Reaper which are, albeit very flexible and comprehensive looking, also somewhat confusing for a newcomer to life with a DAW (and midi, albeit that I've read a lot about it and been aware of it for 40 years or more). On the other hand maybe it's because I'm having to connect the SR-16 to the PC indirectly either via the interface or via the CS. So I'm getting a Midi DIN to USB cable so that I can connect the SR-16 directly to the PC, maybe that will solve the problem (but, I have to say, I thought that was the point of the interface and the CS that I have having the DIN Connections....). Any suggestions or encouragement welcome.

Had a SR-16 years ago that I synced to my ENSONIQ VFX-SD....The keyboard had a sequencer which ran the drum machine and the ADAT pulled everything...Make sure your MIDI CLOCK is set correctly so the DAW recognizes it...I wanna say I had to use the MIDI THRU for the drum machine

It's been years, but I KNOW that sucker will sync...OH shit...I think back in the day I used SIMPTE STRIPE...YIKES...But I'm sure I can get the SR-16 to SYNC to my current keyboard/sequencer...KORG PA 4X

not much help, but I think you can do all this...THE SEQUENCER is what will drive everything...
Last edited: Jan 2, 2022

Thanks for the encouragement Steve. I'm, still trying (see the other threads on here) and others are helping but no success yet. I think, hope, the problem is that Reaper (my DAW) just doesn't see the SR16 (I can only connect it to the PC indirectly via my interface or via my X-Touch), but, I have a Midi(DIN) to USB cable coming Tuesday when I'll be able to connect it directly to the PC.
R

Reaper won't 'see' the SR-16 - that facility is not implemented on the MIDI outs.

rob aylestone said:
Reaper won't 'see' the SR-16 - that facility is not implemented on the MIDI outs.
Click to expand...

Yeah, it's more like radio, you broadcast your MIDI signal from the DAW and you tune in the SR16 to receive it. The "Radio station" doesn't know what devices are listening.

Thanks @vox, that's a useful analogy. Ok, well, the midi cable comes tomorrow, I may as well try that, even if Reaper still doesn't "see" the SR16 perhaps a more direct line will be easier to get working.
R

Don't worry - there's no need for release to see it at all - you can re-label the physical MIDI out in reaper or any DAW to match what you connect. Reaper will just squirt the drum MIDI down the right output, and the SR-16 will just respond. No reason to think it won't. However - if it is NOT doing it connected to the Behringer MIDI out, then why not? That's the question. If bashing the pads produces sound, then with reaper sending, it should be working if you got the Behringer MIDI out connected to the MIDI in of the Alesis.

Just a thought - Are you sure you have the right cables? MIDI needs pins 4 and 5 connected, with ground on the centre pin - 2. Old DIN cables might be wired to pins 1 and 3 and these just won't work on MIDI - out of the circle of 5 pins - the important ones are the centre and the ones either side of it - just 3 of the 5. Old DIN cables were a real pain - there were so many variables. New MIDI cables will be OK. Old ones, like the ones in my shed, can be random!

They are new cables from Thomann, I have 5 so at least two of them should be working! I'm thinking that maybe the problem is in Reaper and perhaps I'm just not sending anything (although I can see the VU moving in Reaper). The midi in LED on the Interface only lights up when I send click otherwise it stays dark. It's perplexing. Responsibility calls now, have to do other stuff.... more later or tomorrow night.
R

That does sound like Reaper is not sending the MIDI to the device if the activity light only works on the click. What you could always try is downloading a random song file from the net - they usually have predetermined channel settings so you just select each track and send it to the right destination - there's often a sysex command which does a reset of the device - that could be useful to put everything to default.

Maybe this is it, Reaper Forum thread I haven't been able to post there myself yet as I had to wait a few days for my account to be validated. Now it is I'll ask there. First call is to download Reaper latest version, I'm on 6:35 or something and they are up to 6:43 or thereabouts (on the daytime machine at the moment so can't check). Perhaps it's been fixed in the interim.

Our mission, should we choose to accept, is for each of us to obtain an SR-16, hook it up to our computers via interface and make it work. Should any of us get a blister or spill their ale, the Secretary will disavow any knowledge of our activities. 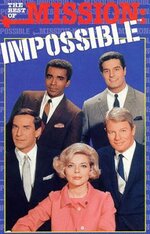 Yep - However, if Cubase is on the computer - I'd just fire that up and try that. Cubase was designed when MIDI really was MIDI and not the modern re-incarnation of it with extras.

rob aylestone said:
Yep - However, if Cubase is on the computer - I'd just fire that up and try that. Cubase was designed when MIDI really was MIDI and not the modern re-incarnation of it with extras.
Click to expand...

Not the evil MIDI of today's world

Just to say that this conversation went on over three threads - it does conclude and I did get it working. Look for the thread below in the midi-mania forum for a post which brings this to a conclusion.