Is it just the driver, or could it be the interface?

I was using Reaper for about an hour yesterday and everything was working perfectly.

When I opened Reaper today, I got the "no audio device" message, so I reinstalled the driver. That took care of that.

Then when I added and armed a track, there was no audio in my headphones. No settings had been changed from yesterday's session. Visually, everything was working. Interface gain lights were on and increasing gain triggered the red OL light. Reaper's meters were full of input signal and would go into the red when interface gain was increased. Record monitor ON. Headphone volume was up. I switched to my mixing phones and still no audio.

I turned the input gain on the interface to max and I could hear a very faint signal. Sooo... I reinstalled the driver once more. This time I got audio in the phones but turning the gain and headphone volume knobs produced a crackling, like dirty switches or pots. Rotating them back and forth eliminated the crackling and I got full headphone volume and everything worked well until I was finished - about a half-hour later.

I'm hoping it's only a driver thing.
E

You don't say what the interface is. This sort of thing has been my experience on rare occasions for more than ten years with AIs and computers, things would be tickerty for months, years then no sound or some other problem. The fixes were various, sometimes involving deleting the drivers and any other software associated with the AI and starting afresh with new downloads.
I would also suggest a registry clean up with CCleaner.

The only two interfaces (of about 6) that have never been any trouble are my NI KA6 and the present incumbent the MOTU M4. I dare say RME owner never have the problem either?

USB between your interface and computer? I had a bad cable that would connect, disconnect, connect and generally cause mayhem.

The interface is a Tascam US-2x2 (not the newer HD). Reinstalling the driver seems to have corrected the situation. The USB connection has always been stable - I rarely touch the cable and I don't move the interface physically, which might tug on it.

For many years there had been an ongoing problem with the driver dropping out when I received Windows monthly updates. This rarely happens with updates now, but every dozen or so times I open Reaper the driver is gone, showing the "no audio device" message. Sometimes closing and reopening Reaper will bring it back, but usually I have to reinstall the driver and reboot my PC, so I can't nail it down as a Reaper problem or driver problem. This is the first time anything other than the driver dropping out has appeared.

I had a case a while back where Windows did an update and the audio didn't work until I rebooted the computer. That's not uncommon. I've had a similar thing happen that I couldn't map my network drive because windows had done an update, but needed a reboot to complete. Once that was done, the drive was there again. That's happened multiple times.
E

When I had 2 M-A 2496 cards in a PC I never had a problem* but then I bought a Fast Track Pro. Not a bad interface for the time but the driver was so unstable that I stuck it on the desktop and everytime I fired up the computer I ran it. On;y took an extra minute or so but it 'fixed' it for every session.

*Until that is I tried the Win 10 freebie. Hated it so rolled back to W7 only to find 50% of the cards functionality was gone and I never did get it back.
Oh! W10 updates, never a problem except I always have to 'find' my Wi Fi router after.

Did you try a different USB port? I had one go wonky on this computer (my internet one, not studio) a couple of weeks ago - all of a sudden the keyboard was not getting full signals out. Plugged it into a different port and everything was fine again.

I did move it to a different USB port with no effect.

Once in a great while, after opening Reaper and monitoring via phones in interface, I'll get the "no audio device" from Reaper, yet I do get audio from my resident music files as well as online sources such as YouTube. This usually requires a reinstalled driver and restart.

Online sources are going to be using the standard Windows WASAPI driver whereas you've probably set Reaper to use an ASIO driver. It sounds like the Tascam ASIO driver might not be as solid as their WASAPI driver. If you don't need particularly low latency you could try telling Reaper to use WASAPI rather than ASIO.

IIRC, I rotated through WASAPI when I first installed the interface - no Reaper audio in that round. ASIO is my only [working] option. I just opened Reaper and everything is working perfectly, though there is still some crackling when turning up the gain knob on the interface - that goes away after a few back-and-forth rotations.

As a note, I do leave my PC on 24/7. Besides the USB connection, I also have an AC wall wart providing power to the interface 24/7.
E

"As a note, I do leave my PC on 24/7. Besides the USB connection, I also have an AC wall wart providing power to the interface 24/7."
Why on earth do you do that?

Initially, the two reasons I leave the PC on are :

1) I don't have to wait several minutes for it to boot when I'm eager to lay down some tracks or get some other stuff going. It's in sleep mode and pops right up when I'm ready.

2) This allows for automatic Windows updates to run in the middle of the night while I'm sleeping, instead of interrupting me during "working hours".

I added the wall wart because : For many years, monthly Windows updates would leave my interface driver disabled. I narrowed it down to the interface power being shut off/on when the updates performed restarts - that was with USB power only. So I added the wall wart for continuous power and that seems to have virtually eliminated that problem.
E

spantini said:
IIRC, I rotated through WASAPI when I first installed the interface - no Reaper audio in that round. ASIO is my only [working] option. I just opened Reaper and everything is working perfectly, though there is still some crackling when turning up the gain knob on the interface - that goes away after a few back-and-forth rotations.

As a note, I do leave my PC on 24/7. Besides the USB connection, I also have an AC wall wart providing power to the interface 24/7.
Click to expand...

I have never understood the impatience with a boot up? Switch the fekker on then go and get a tea or coffee.

If you really need to get a musical idea down, buy a handheld recorder.
As I said, most USB interfaces I had in earlier years were bit flaky but this seems to have been sorted now. At least for my NI KA6 (Mk1 and a few years old now) and the superb MOTU.
Leaving kit on like that is just accelerating capacitor failure, building up dust and hence heat in the PC and adding to global warming!

Must I also do away with my beloved Rosie and Posie (the two cows whose methane is powering my setup)?

spantini said:
Must I also do away with my beloved Rosie and Posie (the two cows whose methane is powering my setup)? 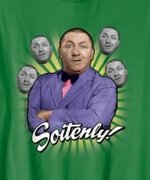 I used to run my computers 24/7 but with the installation of SSDs, boot up time is reduced to about 15-20 seconds, just about the time it takes me to turn on the mouse and monitors. I do leave one computer in sleep mode and it pops up in about 5 seconds.

'Sleep mode' can mess up your USB (not just USB-powered devices), it was well documented several years ago - rebooting was necessary in order to restore the full USB connectivity.

Now that is interesting. I'll see what I can dig up.
E

spantini said:
Now that is interesting. I'll see what I can dig up.
Click to expand...

Have ye not watched "The IT Crowd"?