Bought three mics from China, and they're all poor!

Just so people don't think I always get great Chinese products, I did a video today to own up to disappointment - three mics, and one just about passable apart from very high handling noise but the other two are for my mic bin, sadly! One hisses crazily and the other just hums nastily!

Perhaps seeing an Aliexpress advert for a U87 for £12 my sights weren't that high - but I did expect something at least usable?

I suppose for £12 - they could be nice housings for build it yourself projects - the case is worth £12 - even if it means throwing the capsule away and starting with something nicer (which could be anything really, the bar is set VERY low).

I just listened to the U87 , 107s and the Seeknature 414 tests. Obviously the U87s were a disaster. Nothing more to be said there, except you might be able to throw away the guts and put some real parts inside. The 414 wasn't much better to me. It had a hollow glassy sound, not at all natural sounding. There was little to no low end.

The two 107s were closer to what your voice sounds like with the 414 and SM7b, but both had a bad sibilance issue. When you said words like "shockmount", the SH was really harsh. Certain S sounds were peaky. When you said "37mm capsule at 56 quid", the sound was almost piercing. Noise wasn't terribly bad, but it was hard to tell if it was ambient noise or microphone self noise.

I would have been curious to see what the capsules and board were like in the 107 mics.

Let's see if you have better luck with the interfaces. I wonder what they'll have for drivers. Something generic like Asio4All, maybe?

Rob, do you happen to have any Neewer mics in your kit? I've had an NW-800 bundle on my shopping list for quite a while just for the shock mount for my AT2020 - not too concerned with the mic itself. Still... curious as to how it may sound recording an acoustic guitar. 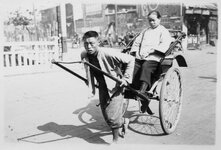 Perhaps when I've got the mics all recorded - still waiting for a couple more, I'll line them up and strum the guitar and see how they cope. Maybe I can fix the hummer! The one interface I have tried so far appeared in Windows 10 as a usb device, but I failed to get it working on the MacBook Pro? I've got an iMac in the studio so I might try that when paying work allows. First one is not exciting me - there are two others waiting to be unboxed - all cheap, but one might be useful - one other is here but the magic words in the adverts were XLR mic, and it only has 3.5mm inputs!

I'm hopeful one will work, and allow two channel recording - the first has two inputs but records nearly in mono. Nearly because Audition on my default setting has the stereoscope on screen, and the 'mono' input does have a small stereo component - tiny, but it is not totally mono. If you can plug in two mics, you do rather expect one to go left and the other right? nope! I suspect I am asking a bit much - but the folk that build their own mics would get the housing, the mount for a 20mm electret, mounting holes for PCBs, the windshield components and a decent enough shock mount for £12. When I'm done - the things I can't use I'll put on ebay at a starting price of £5 plus postage and somebody might be able to make use of them. The two 107s could be useful - not quite sure what for yet, but they're nice. Capsule wise, I'd have to remove the label to open them up so I'm a bit reluctant to do that. It's certainly interesting doing these - my one question is really about the quality of the adverts - a mic with filters and pads, and even a frequency response graph showing the roll off, that doesn't actually have the buttons. When I pull it apart, I suspect the case may well have holes under the plastic label where switches should be?
C

I am assuming this is the hilarious U87 ripoff you are referring to (this is from the US-side of Alibaba):

As if they aren't violating every copyright already, you can also get stick-on "Neumann" diamond logos to put on front. Gotta give them a '10' for effort

The only reason to buy one of these would be as a prop to be destroyed in a film (or if you want one at home to throw across the room and watch your friends pass out...)

Similar - but it's certainly the same case - can't say about the insides? The issue of course is that it's no more a copyright issue than a telecaster shape or strat shape guitar - without the Fender Logo, it's very similar, but it is not "passing off" - the model number is indicative - so U87 is a clue - but it's also different from a real U87 in so many ways - no switches, different patterns, different shockmount, different thread pitch on the bottom etc etc. The review says it's awful, worse than the BM800 we all know about. I think this is the £12 version I reviewed not the £25 one. Just a terrible mic - I put some of these reviewed mics on ebay, and somebody has bought one of these. I described them very truthfully - a terrible mic, but great case for modding!

rob aylestone said:
Similar - but it's certainly the same case - can't say about the insides? The issue of course is that it's no more a copyright issue than a telecaster shape or strat shape guitar - without the Fender Logo, it's very similar, but it is not "passing off" - the model number is indicative - so U87 is a clue - but it's also different from a real U87 in so many ways - no switches, different patterns, different shockmount, different thread pitch on the bottom etc etc. The review says it's awful, worse than the BM800 we all know about. I think this is the £12 version I reviewed not the £25 one. Just a terrible mic - I put some of these reviewed mics on ebay, and somebody has bought one of these. I described them very truthfully - a terrible mic, but great case for modding!
Click to expand...

I would reiterate what I said before Rob. I do believe that the far east can copy guitars very well but they are behind us when it comes to the electronics. So I have a very good Rickenbacker 335 George Harrison 12 string replica for £300. I replaced the pickups with Seymours.
Just my opinion mate 🥰😇

Interesting, but actually the electronic US factorys all migrated to China/Taiwan..for the most part.
So China / Taiwan make a lot of high end electronics very well. The people dont make the CHIPS/IC/ Electronics at all . The Machines make the product and machines dont care what country they are in. So like a automated Guitar Factory using automation, the Machine doesnt care what country its physically in. so hhmm??

Same as a Microphone can be built in any country, the Microphone doesnt care where its built. The Parts get slapped together to make a Product.
so I wonder then? where does the Product reach a "crossroad" of Crap or Quality?
what is the difference, is it quality of materials, QC of product before shipping? did someone (bean counter) "water down the soup" and ruin it?

What is the Neumann capsule difference from the cheap China-Crap Sound Capsule ?
Whats in a capsule? wires, metal, film coated ? Whats in a mic, the electronic board, the shell?
We do know just calling a Mic a 87- doesnt make it sound like a U87 as this video proves.
Naming your kid Paul McCartney doesnt mean he will be a billionaire, workaholic musician songwriter, etc...

So why is one Mic a cheap sounding crap mic with a 87 badge glued to it, while a Neumann 87 mic doesnt sound like crap?
QC/ Specs, Materials, "secret ingredients".?
R

Most of my business with China is radios. Marine band probably the bulk, but all sorts at all sorts of price points. I asked one supplier if they had any VHF programmable radios that were simple, so I could programme them for Marine band, but without the gadgets and gizmos - and were tough. My customer is a boat yard, locally - they mistreat the radios - dropping them onto concrete, occasionally dropping them into sewerage tanks and the sea. They don't need to float, but waterproofing would be good. As they sometimes have to lose them, because they really don't want them back when they've been in certain liquids, they need to be not so expensive to make them not disposable. The ones suggested were great. Chunky, solid, waterproof and a sensible cost price. A few months later they asked how they had done and did I need more. I told them that they were really good - but would have been better if they had had a display to say what channel they were on, as the rotary knob was difficult to see, and to get the voice readout, you had to change channel, then back. Five days later a radio turned up - the same model, but they'd fitted an LED behind the front panel plastic and used a different plastic that let light through. The extra cost was $5 per radio. I've sold loads now.

We complain about their products, but if we did not buy them, they'd not make them. I note a few digital mixers are now appearing - which seem to be very similar to Behringers - X32 features in a different box. If we want things, they'll make them - at any price point.
You must log in or register to reply here.
Share:
Facebook Twitter Reddit Pinterest Tumblr WhatsApp Email Share Link
Top