What did you have for dinner tonight?

Mick Doobie said:
Something about hot mayo, I don't know, I have a bit of a hard time with it. I have tried my hand at a Mexican corn thing. Grill the corn and when still hot hit it with mayo and sprinkle on some parmesan cheese. Also a light sprinkle of Tajin, a commercial red pepper, lime, and salt thing. On a stick. Pretty damn good, actually.
Click to expand...

Those are awesome! Used to get them off of street vendors in LA, one dollar

aw, man... are you going to hit the Beacon too? I hope Capri's on Hiway 9 is still open. They had really good Chicken Parm.

Sheesh, horses are typically a pretty lean animal. How many horses to they have to kill to get enough fat to fry up a batch of taters? That just ain't right.

OH! So I've converted you to vegetarianism...? 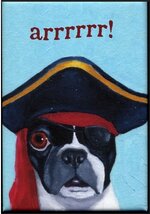 That's some stick-to-your-ribs.. I used to make stuffed cabbage frequently.

I've taken to using cabbage more, from time to time. Can be kind of stinky, but it's good for you, versatile, and a bonus is it's inexpensive. Boiled cabbage, cole slaw(with cold mayo!), sliced and simply tossed with sliced onions in a hot oiled skillet, etc. My mother used to cook it sometimes when I was a kid. Wowza, with that smell, no thank you.

I made stuffed cabbage one time, just once. No rice, i'm not really into rice that much. The stuffing was more like meatloaf. Really good, but somewhat involved. Since, from time to time I will make more like a stuffed cabbage stew, goulash like, but looser. Somewhere between a stew and a soup. Ground beef, cabbage and onions, garlic, stew dermaters(that already have celery and bell peppers), chicken stock,s&p,.....either a pinch or two of red pepper flakes or some diced fresh jalapenos. It would probably be good tighter and over rice, but i'm not that much into rice, potatoes, pasta, bread, especially rice. I mean, I eat some of those things, but it's not a goto or something I crave, which I don't reckon is a bad thing, to limit starchy foods.

Don't tempt Orson to come and put you straight on your loose interpretation of "vegetarianismism'.

In fact, I have a pork butt roast I am going to put on the Kamado Joe at some point today. Oh, I don't know, maybe 10 pounds of deliciousness, minus the bone and the trim fat and skin. Yeah, I trim it, but not too close. Pork fat, mmm. It'll take about 10-12 hours to cook, low and slow. Sheesh, it's already 10:30, I need to get on it.

I have a couple of T-bone steaks, but the downside of the Kamado Joe is that the cooking area isn't extremely large. I wouldn't want to cook those low and slow anyway, burn 'em on the outside and still alive & kicking on the inside. I guess i'll be forced to cook the T-bones tomorrow night. Dang.

Your stir fry sounds good. But, but, where's the meat?

Rub is gonna be somewhat just a black and white, with some browns thrown in for good measure and to round things off. Some red for color and to make it purty. Black Pepper & Sea Salt. Ground cumin for earthiness. Brown sugar, not to make it sweet but to round things off. Paprika. <that and caramelized brown sugar will give it a nice mahogany color. Burnt ends, if you will. Probably some garlic powder as well.

Looks like i'm not going to get to it today. I'll be working away from the house tomorrow, so i'll put it on about 6 am, or so. The Kamado Joe is somewhat new to me, but from what I have seen it maintains a pretty consistent temp...for hours. Dial it in to the neighborhood of 225f - 250. Shoot for about 235. I'll have to get the wife to monitor. Oh yeah, that should work out famously.

We'll be in the Outer Banks of NC all of next week. So much of it I will rip off in large chunks, wrap well and freeze. Chunks will go with us for BBQ(just meat for me, she likes it in a sammich), street tacos(broken up in shreds/chunks and simmered for a bit in its own fat), or whatever. Hopefully I will be able to work some in, I have high hopes of eating fish much of the time!

I guess the T-bones will have to wait until Friday. Dang.

I despise cooking... anything. Anything to do with food preparation makes me ill.
If I could live without eating, I'd empty the fridge and cupboards. But I sometimes don't mind eating.

Mick Doobie said:
...Your stir fry sounds good. But, but, where's the meat? 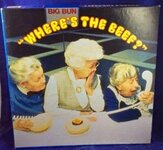 Starliner said:
I despise cooking... anything. Anything to do with food preparation makes me ill.
If I could live without eating, I'd empty the fridge and cupboards. But I sometimes don't mind eating.

So sad this. Cooking is the ASMR of life.

Starliner said:
I despise cooking... anything. Anything to do with food preparation makes me ill.
If I could live without eating, I'd empty the fridge and cupboards. But I sometimes don't mind eating.

You have my condolences.

Cooking is a great pastime. The only issue I have is that after cooking up a great dish, being that I live alone, I have to eat it myself. Bake a nice pie... eat for 3 or 4 days. Put a 10 lb brisket on the smoker and you've go food for a week!

Thankfully, I don't mind leftovers, and anything I cook is something that I like!

Street tacos from a truck. Excellent but expensive @3 bucks each. Used to be 1.50 just last year.

Then at home, Tri Tip with sautéed mushrooms.

Gotta eat all the meat I can before it’s priced out of existence.