dachay2tnr said:
They say the camera adds 10 lbs. Just not sure where the other 50 are coming from. 🤷🏻‍♂️
Click to expand...

I have spoken face to face with Maria Carey a few times and I can say that is true.

Not exactly jokes but two of my dads sayings.
"That''s noisier than a skeleton jerking off on a tin roof."
and
"That's harder than squeezing a pimple on a black babes ass in a dark closet while wearing boxing gloves."
I should have asked him where he got them from, to late to ask now. He was a good old man. 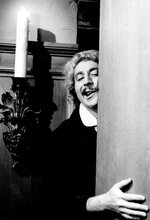 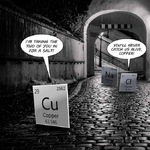 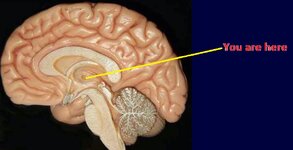 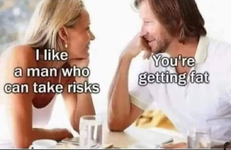 Three young lads are out trying to make some money shoveling snow. They finish one gents driveway and are trying to decide what to do with the money.
The oldest says lets go to the movies. The middle kid points out they don't have enough for all three so the older one ask what he thinks. He says we can buy candy. The youngest says my would take it away from me. So the two older kids asks him what they should spend it on and he says tampons. They both respond tampons, what would we want them for? The little one says if we get those we can go swimming, we can go horseback riding, we can play tennis..
My faves are kids jokes. Like why is six afraid of seven? Or what was purple and conquered the world? Or who do you get an elephant off a wall? 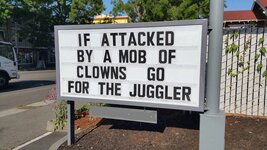 Yesterday I couldn't even spell IQ. 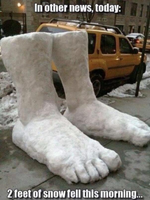 Okay, had to leave this one here. Probably a few who can relate...